Motherwell concluded the season with a disappointing, if predictable, 6-0 hammering away to Celtic on Saturday.

Any lingering hope of securing fourth on our own steam was blown by Victor Nirennold and Dean Cornelius errors to hand Celtic a two-goal advantage before the champions added a brilliant third before half-time. 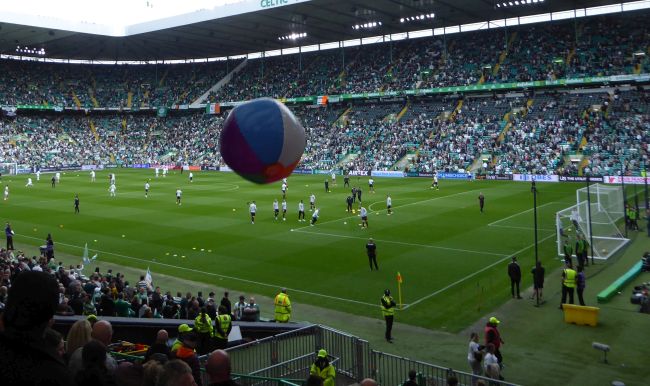 Nonetheless, securing a strong top half finish is a tremendous achievement in Graham Alexander's first full season in charge and the prospect of European football - beginning with Conference League qualifying round two late July - provides a tinge of excitement over summer.

The starting eleven saw Bevis Mugabi and Nirennold replace Juhani Ojala and Liam Donnelly from Wednesday with captain Stephen O'Donnell a surprise pick for left wing back. Jake Carroll moved to the left of the back three and Nirennold took over on the right.

Initially the defence held despite incessant Celtic pressure but Nirennold's missed clearance at a corner presented Kyogo Furuhashi with a first chance of the game which he slammed past the unsighted Liam Kelly in the 21st minute.

Carroll's flick from a corner almost found Mugabi for an equaliser and Cornelius shot poorly wide after good play from O'Donnell and Joe Efford on the left.

In between Tom Rogic hit the post though Furuhashi was likely offside.

The game ended as a contest in the 40th minute when Cornelius coughed up possession deep in our half and David Turnbull strode beyond the otherwise solid Ricki Lamie to double the lead.

If we were frustrated at our failings for the first two goals, there was no complaint about the third when Anthony Ralston's precise ball over the top was met with a superb run and volley from Furuhashi.

Kevin van Veen replaced Sean Goss at half-time but it made little difference to the flow of play. Carl Starfelt immediately headed wide and Furuhashi missed a tap-in for his hat-trick in a sign of things to come.

Jota fired the fourth, off a fortunate break of the ball and from an offside position, just before the hour and Celtic threw on a flurry of subs to see out the game. Ross Tierney and Liam Donnelly replaced Mugabi and Nirennold.

Giorgos Giakoumakis netted an overhead kick after more defensive villainy - Callum Slattery and Donnelly this time - and with 20 minutes remaining the job was to prevent an embarrassment turning into a total humiliation.

Mark O'Hara came on for the invisible Connor Shields to say his farewell bu though Celtic were in holiday mode Giakoumakis still managed to bundle home a sixth from close-range.