'Well and Saints meet in League Cup after half century gap

Motherwell and St Johnstone last met in the League Cup more than fifty years ago.

Although the clubs meet regularly in the league and occasionally in the Scottish Cup they have avoided each other for over half a century in the League Cup.  Saturday’s tie at Fir Park will be the first since the semi-final in 1969. 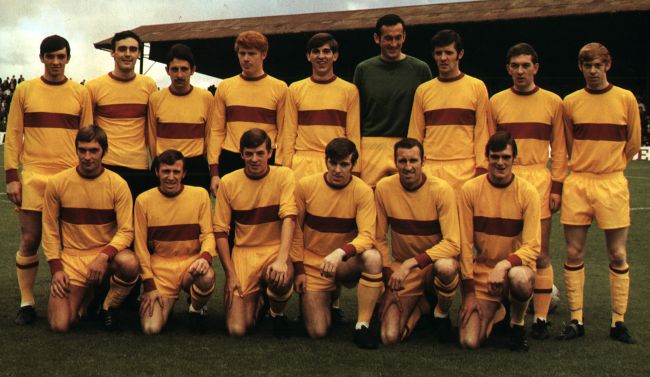 Following successful journeys through the early sectional stages the teams reached the quarter-finals.  St Johnstone had comfortable home and away wins against Falkirk but Motherwell had an epic battle with Morton.

The Greenock side took the advantage in the first leg with a 3-0 win at Cappielow but goals from Jackie McInally, Jumbo Muir and Tom Forsyth sent the game into a goalless extra-time.  There was no penalty shootout fifty years ago and the tie had to be resolved with a replay at neutral Ibrox.  A late goal from Jumbo Muir sent Motherwell into the semi-final.

Extract from the matchday programme

The Hampden meeting, on Monday 6 October, turned into a disappointment for the claret and amber fans.  The Perth team dominated the match and deserved their win. McGarry and Aitken were the scorers as they led St Johnstone to a first national final.

It has been a long while coming but the contest will resume on Saturday.