Timo Werner or Jadon Sancho: Who Should Liverpool Sign This Summer?

In case you weren't aware, ​Liverpool are a bloody good side and could be considered one of the greatest club sides ever by the time the season's up.

And although right now it seems almost impossible to imagine the Reds enduring a significant drop-off anytime soon, how many would've foreseen the demise of Pep Guardiola's back-to-back title-winners and Premier League record-breakers this season? 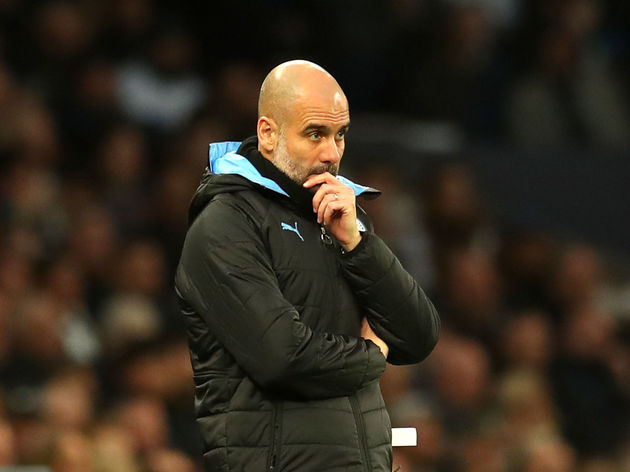 While key injuries ultimately derailed their campaign, Manchester City's summer window complacency contributed to a squad decline. A similar tale played out with Mauricio Pochettino at Tottenham, where a lack of investment led to a stale, demotivated dressing room before the Argentine's departure.

So, if Liverpool want to retain their current status as the best in the world over the coming seasons, an active summer window will be key in maintaining their current imperious cycle. And due to their global superiority, they've already been linked with the upper echelons of European talent - namely RB Leipzig's Timo Werner and Borussia Dortmund's Jadon Sancho.

Both would be gargantuan signings but it's hard to envisage both arriving at Anfield in the summer.

So, who'd be the better fit for Klopp's side? Let's take a look. It's fair to say that both have a plethora of strengths at their disposal.

While Werner's a goal machine - scoring 20 in 21 Bundesliga appearances this season - the German international is so much more than that. So often is he able to bring others into play and kickstart quick combinations in the final third - a combination that's helped him to six assists as well under Julian Nagelsmann.

Blessed with track speed, Werner thrives off exploiting the space in behind while his nimble nature makes him a fine one-on-one dribbler. His explosiveness and ability to beat a man on both the inside and outside allow him constantly interchange with fellow Leipzig attackers - seeing him occupy both wings in a typical 90 minutes.

Sancho, meanwhile, has turned into a machine in the final third since he arrived on his German venture. The 19-year-old has 24 goals and 27 assists since the start of last season, with his superb decision-making a major factor in those impressive numbers.

The Dortmund man's unpredictability and variation in possession make him a one-on-one menace, completing 4.09 dribbles per 90 this season at a respectable 59.8% success rate. His ability to isolate defenders and unbalance defensive lines with his movements into the 'half-spaces' is also second to none - the England international loves receiving in between the lines. It's scary how high the defensive lines are in the Bundesliga, no matter what the minute or the score. And while both players have benefited from suicidal high lines, Werner has been a particular beneficiary.

You think Sean Dyche or Roy Hodgson are going to have their sides sitting on the halfway line for 80% of the game? Give me a break. T

Also, the former Stuttgart man has often thrived as part of a strike duo, using the 'target man' attributes of both Yussuf Poulsen and Patrik Schick to his advantage. And although Nagelsmann has recently used Werner as the lone forward, questions will certainly be asked about whether he could lead the line consistently.

Similarly, Sancho has very few technical flaws and instead, questions have been raised about his effectiveness from the right flank. Compared to when he's deployed on the left, the teenager averages fewer goals and assists (0.65 compared to 1.78) and fewer successful dribbles (38% compared to 53%) on the right per 90 minutes this season.

Off the pitch, Sancho has also gone through the odd disciplinary issue during his time in Germany.

Something for his future employer to think about. A lot has been made of Werner's contract situation in recent months, but German news outlets have reported that ​his current release clause at Die Roten Bullen expires in April, meaning that if the Reds act fast, they could snap up the striker for £55m.

If Liverpool were to wait until the summer, however, expect a significantly higher asking price.

A deal for Sancho, meanwhile, would cost a fortune. BVB have reportedly slapped a £100m valuation on the teenager but with Euro 2020 around the corner and seemingly a dozen clubs chasing his signature, the fee would likely be pushed even higher.

How do They Fit Klopp's System? With Klopp highly unlikely to move away from his favoured 4-3-3, Werner would be deployed in the Roberto Firmino role while Sancho would occupy one of the wings. However, the German's versatility means he could quite easily line up out wide as well.

Nevertheless, with Trent Alexander-Arnold and Andy Robertson taking up high positions on the pitch when Liverpool go forward, inverted wingers-cum-auxiliary strikers Mohamed Salah and Sadio Mane often take up positions in the inside channels to create space for the surging defenders on the flanks.

Therefore, with Sancho a player who excels at finding pockets of space in between the lines, this ploy would suit the England international perfectly.

As for Werner, the German's ability to drop deep into midfield and link-up with midfielders would suggest he'd competently be able to play the false nine role. However, to get the best out of his blistering speed, utilising him out wide might be Klopp's best option - with his willingness to run in behind making him useful for the intelligent long ball tactic we've got accustomed to seeing by Klopp's men this season.

The 23-year-old's development in pressing-based systems at Leipzig under Ralf Rangnick and Nagelsmann mean he shouldn't have too much trouble adjusting to Klopp's high demands out of possession as well.

In terms of squad chemistry, it's worth noting that Werner has linked up with Liverpool's Naby Keita before in Germany, while Sancho is ​reportedly good friends with England contingent Alex Oxlade-Chamberlain, Trent Alexander-Arnold and Jordan Henderson. Despite the potentially generational talent of Sancho, a deal for Werner would certainly be a more astute bit of business by the Reds this summer.

With Salah and Mane both enjoying stellar campaigns, it's hard to justify the signing of a player who's value will comfortably exceed £100m by the time Euro 2020 is up, even though he'll fit Klopp's system like a glove. It's just not ​Liverpool's transfer strategy.

Although Werner may similarly not be guaranteed to start every game, his tactical versatility will likely see him earn more minutes in his first season at the club, while he can adapted into the team without the need to drop Mane, Salah or even Firmino. Also, his superior ability out of possession compared to Sancho's can't go unnoticed.

Although it's mightily tough, the fact Liverpool could acquire Werner for just £55m gives the German the edge.