Following Manchester United's strong performance at the weekend, consolidation will key for Wednesday's FA Cup third round replay with Wolves.

The victory against Norwich City was a throwback Old Trafford win, with the result never in doubt and United scoring at will.

Wolves come into this tie without a win in four, and are likely to rotate with several key players having picked up injuries.

Nuno Espirito Santo's men were unable to break down Newcastle on Saturday and had to settle for a draw, leaving them crying out for fresh legs in their squad.

With all that considered, 90min takes a look at who Ole Gunnar Solskjaer should select to ensure United progress in the cup. Sergio Romero (GK) - Not exactly the sexy pick, but it makes sense to select Romero in this game. Not only does it give David de Gea the night off, it allows the backup to get some game time.

Diogo Dalot (RB) - Had Ashley Young not been flirting with a move to Inter, he would have made this team. Aaron Wan-Bissaka's tough tackling approach has been appreciated by the United faithful, but with one eye on the weekend and another on Dalot's pinpoint final ball, he should get the nod here.

Harry Maguire (CB) - In recent weeks, Harry Maguire has been going through a little wobble since his big money move, with his performance against Arsenal being particularly poor. However, United are thin at centre back so with the tricky Raul Jimenez coming to town, the Red Devils can't risk not playing Maguire.

Victor Lindelöf (CB) - It's been a year of maturation for Lindelöf, showcasing ability that was not seen during his first two seasons. He's made some news this week as outlets have noticed he hasn't been dribbled past in the Premier League this season, a stat which Virgil van Dijk had in 2018/19.

Brandon Williams (LB) - Putting aside his potential miss of the season against Norwich, Brandon Williams have been a real positive to Manchester Untied's campaign. His willingness to get forward and ability on the ball was showcased this weekend, as he won a penalty that Marcus Rashford converted. Fred (CM) - The wait for a Fred goal or assist this season goes on. To be fair to him, he has been a consistent performer during this campaign and was close to securing his first goal this weekend. Call me crazy, but there's something in the air tonight.

Nemanja Matić (CM) - Rumours are abound that Matić's time in the Premier League is up, with a potential move to the Chicago Fire. It's been sad to see his fall from grace as he hasn't been able to live up to his former glories.

Andreas Pereira (AM) - United have lacked creativity in this position, with both Andreas Pereira and Jesse Lingard unconvincing this season.’ The former has actually been able to deliver end product however, and the latter's fitness means that the Brazilian should keep his place. 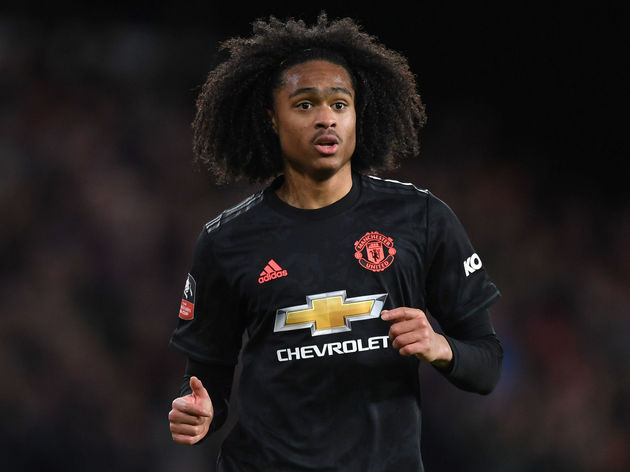 Dan James (RW) - He didn't start against Norwich at the weekend, so it can only mean that he's nailed on to start here. James has slightly cooled off after his electric start to the season, so Wednesday provides a good opportunity for the Welshman. His searing pace alongside the overlapping Dalot should be a fun watch.

Mason Greenwood (ST) - Greenwood really does look like the real deal. He only turned 18 in October and already has 10 goals in all competitions this season. There's been a lot of hype put on him immediately, but from what we've seen already, it's much deserved.

Tahith Chong (LW) - The Premier League 2 Player of the Month for December will certainly get a run out against Wolves. Chong is currently flirting with the first team and is a favourite of Solskjaer's. He's had yet to truly deliver a performance to make you sit up and notice him, but this is his big chance.​