When you think of Tottenham Hotspur, you think of Harry Kane. Their vice-captain and third all-time top scorer has gone from a Europa League option to club icon in a little over five years.

But the north London outfit will have to cope without their star forward for the foreseeable future after Kane tore his hamstring on New Year's Day away at Southampton. Tottenham may have spent north of £100m in the summer, but it was the sale of Fernando Llorente (and Vincent Janssen to some extent) which has seen Spurs caught short at the sharp end of the pitch.

With José Mourinho never one to shy away from splashing the cash, January is likely to see the arrival of some centre-forwards at the Tottenham Hotspur Stadium. Filling the void left by Kane not only requires a striker of high quality, but one comfortable warming the bench when he returns.

Here is 90min's ranking of the players linked with a move to Tottenham as Kane's replacement in January. Christian Benteke being linked to ​Tottenham would've excited fans in 2015 when the Belgian was coming off the back of 42 league goals in three seasons with Aston Villa, but the prospect of signing the forward in 2020 should strike fear into the hearts of the Spurs faithful.

You would be hard-pressed to find a striker in English football who has suffered a crisis of confidence to the extent Benteke has been subjected to in the past two or three years. One goal since April 2018 doesn't particularly scream adequate ​Kane replacement - but at least that strike came against Arsenal. Gabriel Barbosa, who at first didn't like his prominent nickname of Gabigol, has enjoyed the form of his young life. After being bought by Inter in 2016 for more than £26m, the Brazilian forward has struggled with the Italian giants and on loan at Benfica.

However, the 23-year-old rediscovered the form that brought him to Nerazzurri's attention last season on loan at Flamengo.

The left-footed attacker broke multiple goalscoring records last campaign, including the most goals in a they won their second ever

While he looks exciting, has been scoring goals for fun and could form the best Brazilian double act with Lucas Moura since Juninho and Emerson at Middlesbrough in the 1990s, there is cause for hesitation.

He may be a few years older, but Gabigol's efforts at European football have provided little in the way of promise that he can hit the ground running should he join the Premier League, with two goals and no assists across 15 games in Italy and Portugal. 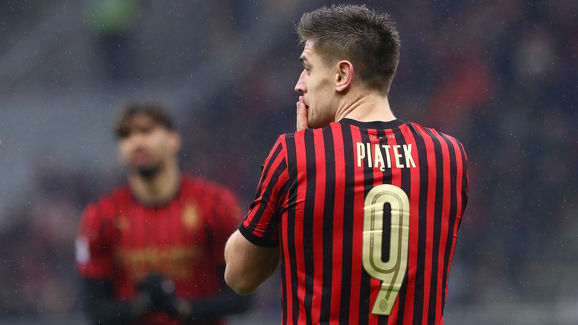 With one mega January ​transfer under his belt already, scenery

Nine league goals in his first half-season with the Rossoneri kept at bay some fears that his flame had gone out. But with one strike from open play this season, the Polish forward has well and truly been extinguished.

Despite this run of form, he remains the likeliest candidate to replace Kane at Spurs and ignoring his goal drought, the style of play Piatek favours would suit José Mourinho's side.

While his goals may have dried up this season, he has been getting into decent positions but simply failing to capitalise on them so far. Yet hoping he rediscovers this form following a move to another league seems a little misguided. 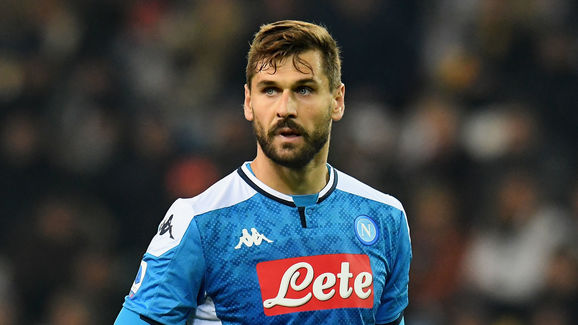 This may seem like an odd and unimaginative move, but Spurs have really missed Llorente's influence from the bench this season.

It isn't as if the Spanish striker has cashed in and gone to China; Llorente is fulfilling exactly the same role he did at Tottenham for Napoli, who are also in the round of 16 of the Champions League. This may be the most unlikely name on the list, but it's probably the best option. ​Edinson Cavani has been a magnificent servant for Paris Saint-Germain since his arrival in 2013.

Since the Zlatan Ibrahimovic's departure in 2016, Cavani has moved into his favoured number nine role and thrived, becoming the club's all-time top scorer in 2018.

However, this season has seen El Matador reduced to a substitute's role with only two league starts since August. If Tottenham can coax Cavani away from Paris, they will have to fork out a substantial wage packet for the Uruguayan's services, but they will be getting what they pay for.