Motherwell will be in Northern Ireland on Thursday to face Coleraine in the second qualifying round of the Europa League.

Stephen Robinson will lead his team across the water to familiar territory.  His knowledge of football in Northern Ireland will provide a sound basis for his match day plan. He may need every advantage he can muster given our recent form. 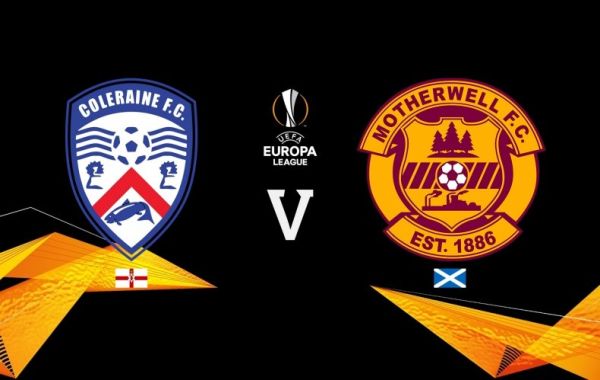 Motherwell earned a first league win of the season at the weekend but they remain at the bottom of the table.  A boost from a European win might spur them to improve their results in the SPFL.

Oran Kearney has seen his side through a couple of rounds already.  La Florita of San Marino and MK Maribor from Slovenia did not stand in their way.  The former St Mirren boss will be well aware of the strengths and weaknesses in the Fir Park side.

The managers are well known to each other and the battle of wits will likely result in a close game.  Coleraine demonstrated a level of fitness in their extra-time victory in the last round that demonstrates their part-time status does not restrict their willingness to give all for the cause.

The NI Football League hopes to get underway in October so in preparation for the match with Motherwell our hosts had a closed door meeting with Linfield last Thursday then a friendly on Saturday against Belfast Celtic.  Second-half goals from Caiolan Brennan and Ian Parkhill gave Coleraine a 1-2 win.

The winners of the one-legged tie will have a long journey next week to meet either Hapoel Be'er Sheva of Israel or FK Lac of Albania.

The current restriction on attendance is a frustration for both sets of fans but the BBC Sport stream will provide an avenue for a tense night’s viewing.

Motherwell should avoid embarrassment with a 2-0 win.