​Despite the struggles of Newcastle United over the last few years, there is no denying that they are still one of the biggest clubs in England.

They have won league titles and competed in Europe, and as a result have had some of the greatest players in English football history on their books.

So let's have a look at the 10 greatest Newcastle United players of all time. Controversial off the pitch, Hughie Gallacher was an incredible goalscorer, and was the epitome of a classic number nine.

In 1926/27, the 23-year-old Gallacher scored 36 goals in 38 games - the highest tally by any ​Newcastle player in English football history - as he took the club to their first league title since 1909.

He deservedly goes down as one of the Magpies' greatest. Jackie Milburn was a different sort of striker to Gallacher, but equally as effective. Quick and a direct runner with the ball, he terrorised defences on a regular basis.

Milburn won three FA Cup's during his spell at Newcastle, and ended up with around 200 goals for the club.

John 'Jock' Rutherford played for the club for 12 years after joining in 1902/03, ​and was nicknamed 'the Newcastle Flyer' due to his playing style on the right wing.

He became the club's youngest scorer at just 17, and became a fan favourite due to his quick feet and flair on the wing. He was also a huge part of the Newcastle side that won three league titles and an FA Cup. Beardsley had two stints at Newcastle, and both were hugely successful. As a midfielder, he bagged 117 goals in 321 games for the club - a hugely impressive tally considering the position he played in.

However, he will be disappointed that he never picked up a trophy for Newcastle. They came majorly close to winning the league title in 1995/96, but Manchester United famously pipped them to the title. Shay Given played for Newcastle for 13 years between 1997 and 2009, and proved his worth as a top class goalkeeper with a number of brilliant seasons.

Despite being short in stature, he was incredibly athletic and capable of making incredible saves. As well as that, he was included in the PFA Team of the Year on two separate occasions: 2001/02 and 2005/06. Kevin Keegan only played for Newcastle for two seasons, but he was an instant fan favourite. The striker scored 48 goals in 78 appearances, and was a huge asset to the club.

He would come back as manager in on two separate occasions, most notably in the 90s when he led the 'great entertainers' to second in the Premier League. 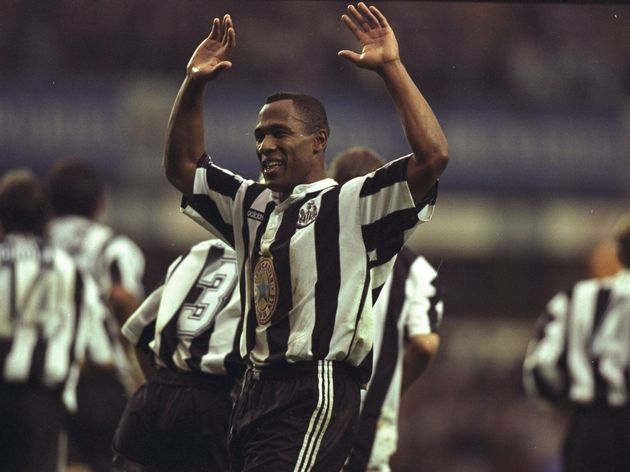 Ferdinand was a top class centre forward, and forged a brilliant partnership up front with Alan Shearer.

His time at Newcastle was one of the most fruitful of his career, as he scored 50 goals in just 84 appearances for the club. He also bagged 29 in his first season as they came close to winning the Premier League.

He spent just two seasons on Tyneside, and he said in 2019 that he regretted leaving the club so soon. I'm sure Newcastle fans were upset too. On an individual note, there really wasn't much that he failed to do for Newcastle. A true legend. 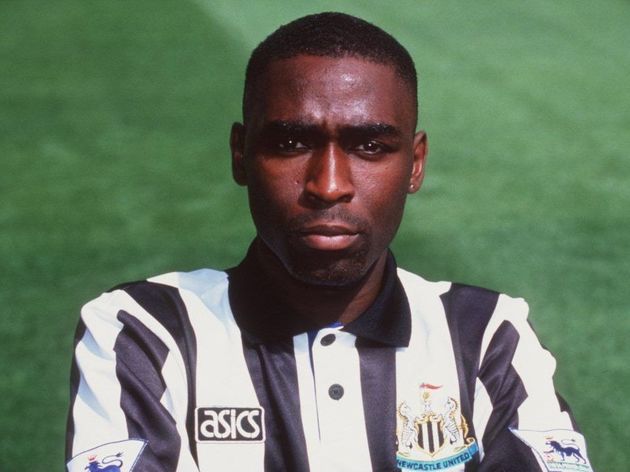 Andy Cole was truly brilliant for Newcastle, scoring 68 goals in just 84 appearances for the club. In his first season, he scored 12 goals in 12 games including two hat tricks as they finished top of the first division and secured promotion to the Premier League.

During his time, he won the PFA Young Player of the Year Award, as well as bagging a hat-trick in Europe for the club. One of England's most talented players of all time, Newcastle were lucky to have this man play for them for three seasons.

Gascoigne was at the club during during a time of turmoil, but still blessed the fans with moments of brilliance. He was even awarded the PFA Young Player of the Year at the end of the 1987/88 season for his performances. It's just a shame the Magpies weren't able to keep hold of Gazza for longer.