​If someone had told you that come Manchester United vs Brighton on 10 November it would be the Seagulls vying for a place in the top six and not the 20-time English champions, then you quite rightly would have called them barmy.

But that is the reality as Ole Gunnar Solskjaer's team welcome the south coast side to Old Trafford on Saturday.

Since Anthony Martial's return from injury the Red Devils have started to put together a decent run of form, but it's testament to how average they've been under the Norwegian this season that they're far from nailed on to win at home against a team that came 17th last year.

Brighton on the other hand have ripped up the football rule book under Graham Potter and have got themselves comfortably into the top half by playing two strikers under six foot in Neal Maupay and Aaron Connolly, and fielding the tallest player in the league - Dan Burn - at left-back. They'll fancy their chances of a first ever win at Old Trafford. ​Brighton, on the other hand, will be without South American duo Bernardo and Jose Izquierdo, who are both suffering from knee injuries. Adam Webster will also be a miss after he was stretchered off with an ankle problem in the ​victory over Norwich.

Summer signing Leandro Trossard could be in line for a start after impressive cameos against ​Everton and ​Norwich following his return from injury. Aaron Mooy is also back from suspension. 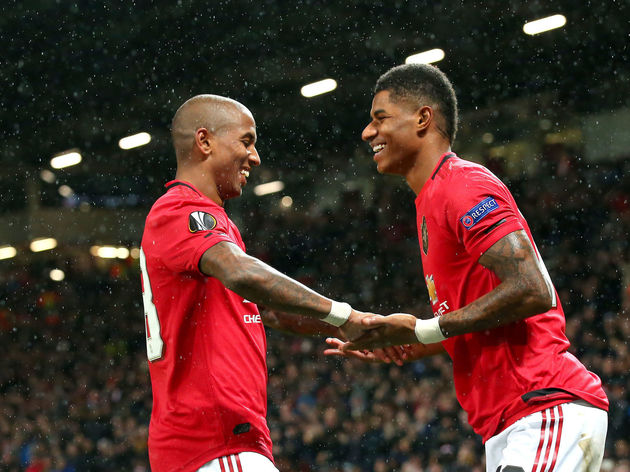 It's unsurprising, given Manchester United's glorious history, that they have had the lion's share of the victories in the fixtures between these two.

In fact Brighton have only come out on top in three of the 21 games ​both sides have played against each other. United have won 13, and there have been five draws.

The most famous meeting of the clubs was in the 1983 FA Cup final, where Man United triumphed 4-0 in a replay, after a 2-2 draw first time around. You'd have to have been living under a rock not to know that Manchester United have been playing badly this season. Just 13 goals from 11 games shows how poor they've been to watch as well.

But they have hit a decent run of form in recent times, with four wins from five, and Brighton would do well not to underestimate their opponents​.

The Seagulls have been in a terrific run of form, and have won three home games in a row for the first time in their Premier League history.

On the road they haven't fared so well, but the fact that they could move fifth with a victory shows what a fantastic job Graham Potter is doing at the Amex.

Here's how the two have got on in their last five matches... Despite Manchester United's decent run of form, their slow and predictable passing could fall straight into the hands of the well drilled Brighton defence.

However, the Seagulls propensity to waste chances means that this game is too tough to call.