Exclusive - Manchester City are looking to reach an agreement with winger Raheem Sterling over a new contract before Euro 2020 begins. ​Sterling even fuelled the fire by refusing to move out a future switch to the Santiago Bernabéu ahead of Wednesday's meeting between the two sides, but a source has told 90min that ​City are looking to make a statement by tying him down to a new contract in the coming months.

The Citizens want to warn their European rivals that they intend to keep key players like Sterling and ​Kevin De Bruyne at the club, regardless of their ban.

Despite planning a squad rebuild as a result of their disappointing domestic campaign, City still see Sterling and De Bruyne as crucial parts of the team, and there is no desire to part ways with either.

Sterling is not understood in ​Real's short-term plans, as Zinedine Zidane's side would prefer a move for Paris Saint-Germain forward ​Kylian Mbappé - either this summer or in 2021.

Both City and Real saw Sterling's value on Wednesday. Just five minutes after his introduction to the game, City tied the game up through Gabriel Jesus, before Sterling won the penalty which ultimately gave his side the win. 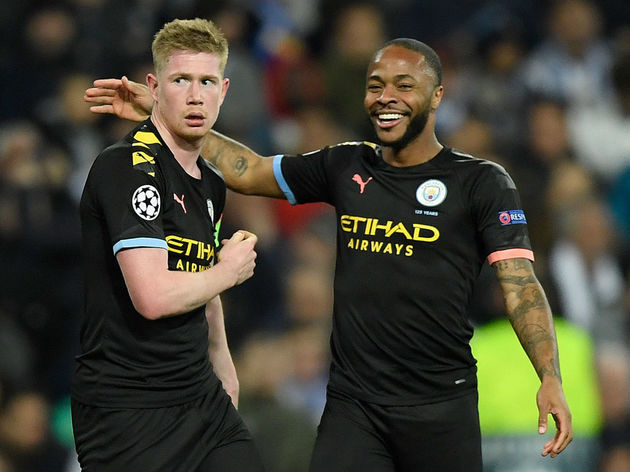 City are looking to make a statement by tying down one of their best players over the past couple of seasons through the peak years of his career, and will offer big money to do so.

It has been suggested to 90min that Sterling's new deal could see him become City's best-paid player - higher than De Bruyne's weekly wage of £350,000 - potentially reaching as high as £400,000-a-week.

This season, the England international has managed 20 goals and seven assists in all competitions, and City are eager to reward that with a bumper new deal to reflect his emergence as one of the game's finest wingers.