​Tottenham Hotspur manager José Mourinho has admitted that he will still continue to play midfielder Christian Eriksen, despite intense speculation linking him with a move to Inter.

The Dane is out of contract at the end of the season and is expected to seal a free transfer away from the club in the summer, although Inter are pushing to strike a deal to bring him to San Siro in January. 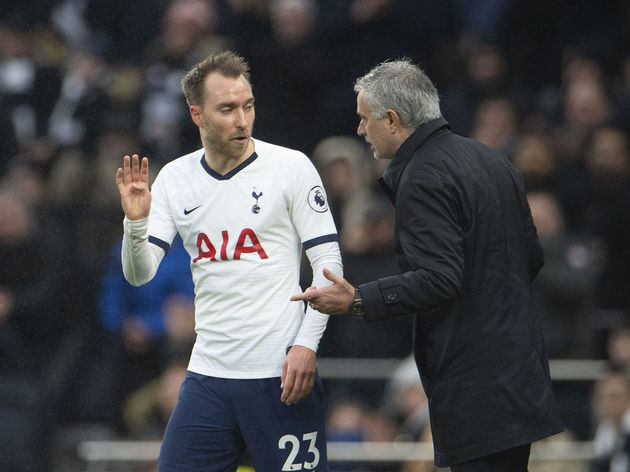 Despite the talk of an imminent exit, Mourinho confessed (via ​BBC Sport) that ​Eriksen will play in the FA Cup replay against ​Middlesbrough on Tuesday and he could even retain a place in the team going forward.

"He plays tomorrow," said Mourinho. "After that I have a match on Saturday and he maybe plays on Saturday again. I cannot tell you much more than that."

However, Mourinho also admitted (via ​AS) that Eriksen has not been at his best for ​Spurs this season, and talk of a move away from the club was always likely to have an impact on him. "If you ask me if this is the best Christian Eriksen, I have to be honest and say no," he admitted. "I also think the same as you think and probably what our fans thought in the game. He didn’t have a very good performance against ​Liverpool, I have to agree with that.

"If you ask me if I know the reasons, I'm not an idiot, I’ve been in football for many years. I know clearly that a player who is in this situation is not a player that even if he wants [to perform], it's normal that a player doesn’t perform at the highest level.

"I'm not blaming or criticising the player. I can also say that he is helping us in matches that he is playing with us. "He has had positive performances and contributions for example the game against Olympiacos which was a fundamental match for us to qualify, same against ​Norwich he had a very good performance.

"We have very, very important injuries and every player we have has to be ready to help the team. We are not in a position to think anything different than that."