Cardiff manager Neil Harris has recalled the "very emotional" scenes at the club's training ground when Sol Bamba revealed he had been diagnosed with Non-Hodgkin lymphoma. 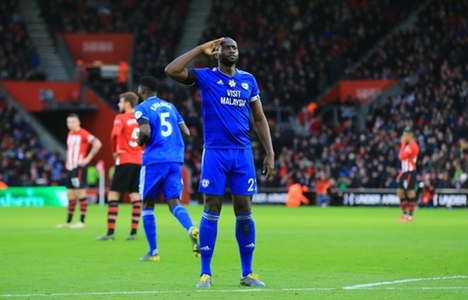 The Ivory Coast defender - who turned 36 on Wednesday - has started chemotherapy and, in the words of cancer survivor Harris, has a "long journey" ahead of him.

But Bamba, who told his team-mates of his cancer diagnosis on Monday before the club released a public statement, wants to attend the training ground and Cardiff games as much as possible.

"It's very sad news and hard-hitting for everybody within the training ground and football club, and within the fan base as well," Harris said in a video interview released by the Sky Bet Championship club.

"It's been a difficult week for everybody involved and I spoke to Sol regularly over the Christmas period when he first found out.

"We've got to a stage where he's had time to take it in and find out where he's at in terms of treatment for the cancer and what his next steps are.

"He's had time to digest that with the family and speak to them.

"He felt it was only right that he had the chance to come in on Monday and speak to the players and staff in person before releasing the statement.

"As you can imagine it was very emotional for everyone at the training ground, and it was a day that I'll never forget.

"Sol is an incredible human being. The humility of wanting to put people and their feelings in front of himself is astonishing, and we'll support Sol and his family in the battle ahead."

Harris was 23 when he was diagnosed with testicular cancer in 2001.

The former Millwall striker and manager underwent radiotherapy treatment and surgery but made a full recovery to resume his playing career.

"I can draw on that experience," Harris said. "I've spoken to Sol over the last few weeks and know where he's at - it's a tough period.

"It brings back raw emotions for me obviously, but it's important we find our own way to help Sol."