In my piece on yesterday’s Academy game (here) I said that Cardiff City were a club in need of something good happening to them on the pitch. Well, in as far as the first team gave the sort of committed performance so lacking at the Liberty Stadium in October and, in doing so, they avoided the ignominy of becoming the first team to have suffered a league double against them in the history of the Cardiff v Swansea fixture, City succeeded to the extent that they left the field to applause when, with a different outcome, it could have been so much worse for them. 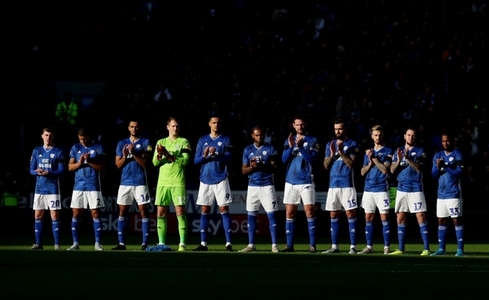 So, I suppose this could be construed as something good. However, an alternative view, which I can understand up to a point, would be that the effort, intensity and desire on display from Cardiff would be the minimum expectation for a match that the large majority of the club’s supporters would say was against their greatest rivals.

I feel it would also be fair to say that, rather like the game against Reading in May 2018 when we clinched promotion, it was the occasion that made the match memorable, if indeed today’s match does live in the memory, as opposed to the football.

True, even if had not been the pulsating affair I heard it described as by Radio Wales, the first half especially was watchable stuff. However, it’s hard to avoid the conclusion that if it had been, say, Newport v Grimsby in front of a crowd of 4,000 and it had panned out in exactly the same way as today’s game did, then the reaction to an encounter that finished 0-0 and was certainly low on goalmouth incident would have been a lot different.

While I’m in full glass half empty mode, I’d also point out that it’s now one point and no goals from three derby matches this season for City and our pretty pathetic record in terms of points gained and goals scored in televised games in 19/20 continues.

However, I feel it is both wrong and unfair not to acknowledge that there were positives to come out of today’s match – especially when you look at it from a starting point which had us having performed miserably in our last two home league games, losing 6-1 on New Year’s Day and drawing 2-2 at Cardiff City Stadium in the FA Cup against a Carlisle team beaten 3-0 at home by Plymouth yesterday who are certainly still possibilities to lose their Football League status come May.

Given that background, what we have seen from the team so far this season and the jacks’ fine away record, I think you have to be realistic and say that the only way City were going to win today was by getting in Swansea’s faces, making the game a battle and eking out a 1-0 win with a goal that would, more than likely, come from a set piece.

For that scenario to occur, City would need to defend far, far better than they had been doing recently and there would need to be an improvement on the general level of defending over the course of the season.

Truthfully, I’d say we got all of those things apart from the goal to win us the game.

By making Curtis Nelson the only survivor out of the goalkeeper and back five that started at Loftus Road, Neil Harris left no doubt as to what he thought was the main reason for our humiliation there.

Neil Etheridge, again linked with West Ham following the falling through of a deal to take Middlesbrough’s Darren Randolph there, paid for poor distribution and a level of goalkeeping which has not reached the heights of his first two seasons here, Leandro Bacuna moved into his usual central midfield role at the expense of Will Vaulks, Aden Flint and Jazz Richards were demoted to the bench and Sol Bamba dropped out of the squad completely.

In came Alex Smithies, Lee Peltier, Sean Morrison and Joe Bennett, while Gavin Whyte made his first start in a while as the man who got in via the switch from five defenders to four.

City weren’t faultless defensively. For example, Nelson made a right mess of his attempted headed clearance of a not particularly testing Connor Roberts long throw and presented Wayne Routledge with a chance inside the first ten minutes which he might have done more with than hook over the bar from about eight yards out. Then, after around half an hour, Marlon Pack, Whyte and Lee Tomlin somehow conspired between them to turn what should have been comfortable and promising Cardiff possession into a three on three Swansea break which ended with Bersant Celina side footing a shot from the corner off the penalty area on to the inside of a post before bouncing to safety.

Swansea goals from either of those incidents would have been entirely self inflicted wounds, but, that apart, City were at 17/18 levels of defending which ensured that Smithies’ reintroduction to League football was a pretty gentle one. Peltier was just like you’d expect him to be in such a game and,that early slip apart, Nelson was solid and reliable.

The two other members of the back four have not played better all season. Morrison made exactly the sort of early challenge on the much hyped debutante Rhian Brewster to let him know he was around which managers love to see and made an impact at the other end of the pitch with a cross which may have provided a goal for, say, a John Toshack or Andy Carroll, but Robert Glatzel is not in their class when it comes to heading the ball and so a chance that certainly wasn’t easy was glanced wide.

Maybe if City had earned the number of corners and free kicks in dangerous areas that Swansea did, Morrison may have helped provide that goal which gave them the 1-0 win I talked about earlier, but he was very good at his “day job” and, for me, was a strong candidate for City Man of the Match.

Joe Bennett would rival him mind. There was an ill advised lunge on Roberts after the Wales full back had miscontrolled the ball to give away one of those aforesaid free kicks in dangerous areas, but the reason Swansea’s best player, Andre Ayew, was not the influence he had been at the Liberty was that Bennett dictated his contest with him, by, firstly, fulfilling his defensive duties well and, secondly, turning in the best attacking full back display I’ve seen from a City player in years.

Until Josh Murphy put over one beauty and another good one in a promising substitute appearance, all of the quality Cardiff crosses had come from Bennett, who showed an insatiable appetite for getting as close to the Swansea bye line as he could throughout the ninety minutes.

While it would be churlish to be too critical of Neil Warnock’s attitude towards full back play because I feel he did make Bennett a better defender, today offered a view of the type of player we could have seen over the past three seasons with a manager who gave him more of a license to attack.

Bennett’s marauding was one of the reasons why that City goal may have come even though there was a lack of those set piece opportunities I mentioned. Another was that, embarrassingly for a side with Swansea’s reputation for playing football “the right way”, City managed to share possession 50/50 with them, so a goal from open play could not be ruled out.

Okay, our passing is still too laboured to cause too many problems to the best teams, but we are improving slowly under Neil Harris and there were times today when passing in open play helped create situations where the ball was loose in front of the Swansea goal when you felt an Earnie or a Chopra would have instinctively known where it was going to land and would have earned themselves a tap in goal.

That said, I do not feel that the criticism Glatzel has got in some quarters today was justified. I thought he had one of his better home games today and the only thing I’d have an issue with would be the way he snatched at a good chance he created for himself in the first half.

Glatzel is the latest in a long line of Cardiff City centre forwards since about 2011 to be criticised for his lack of goals, but the thing which unites all of them since the time we stopped playing with two strikers at least is that their team mates, almost without exception, don’t get close enough to them.

City have been a one striker and two wingers side for much of the past decade, but unlike many other teams that use such a system, our wingers have tended to not want to stray infield too much to assist our striker.

Maybe if our wingers were knocking over a stream of crosses which resulted in chances for our striker the stick Glatzel, Zohore, Niasse etc have got would be justified but they haven’t – the preferred method of attack for our wide men appears to be to cut in from the touch line on to their more natural foot so they can try a pot shot which tends to be of the high, wide and not too handsome variety.

That is why I used the word “encouraging” to describe Josh Murphy’s appearance today. Seeing him take on, and beat, Roberts on the outside on a couple of occasions was a throwback to what he did in the first few months of his City career.

The first time Murphy got by Roberts he produced the sort of cross which would merit criticism of our centre forward if the goals still weren’t coming. I rated Callum Paterson as the best attacking header of the ball out of our centre forwards even when Gary Madine was still here, so I’d say that he will be disappointed that he could only direct his far post header on to the crossbar from Murphy’s fine cross.

As with the earlier Glatzel miss, I don’t feel it was the easiest of headers, but, by the standards of this game, it was a good chance – certainly the best of a second half that compared badly with a first period that had the crowd involved throughout.

Maybe if Tomlin could have shown his pre Christmas form, he may have fashioned something also, but, although, as the team’s main (some might say only!) creator he deserves a degree of sympathy, he has to do more in games like this.

So, for those who look at us and feel that we have no chance of getting into the Play Offs, I repeat something I said on a messageboard this week – enjoy the fact that the jacks did not secure that elusive first double because it could well turn out to the highlight of our season. For those of us who look at the table and think we can still make the top six, I think we have to accept that we’re drawing too many games at the moment for that to become a reality.