​During the Premier League era, Chelsea have become one of the most successful clubs in the world.

They experienced cup success in the late 1990s before becoming a force in this current millennium, winning five Premier League titles and five FA Cups. No matter which manager was in charge, from Ruud Gullit to Maurizio Sarri, Chelsea have always managed to remain in contention and win major honours at the highest level.

Yet fans tend to remember those players who stepped up in the big moments. Those players who single-handedly won the cup for their team and did everything they could to bring silverware home.

With that being said, here are Chelsea's seven most clutch, big-game players... The most recent club great, ​Eden Hazard was a talent who endeared himself to Blues fans for his displays at Stamford Bridge.

He came to London from Lille in 2012 and swiftly showed off his talent to create and score at any given moment ​Chelsea needed him to. For his displays in the Blues' 2014/15 title-winning season, the Belgian won numerous Player of the Year awards and established himself as one of the best attacking talents in the world.

With six trophies under his belt, Hazard left Stamford Bridge for Real Madrid as a club great, finishing with 110 goals in 352 appearances.

Most Clutch Moment: Scoring twice and assisting another in the 2019 Europa League final victory over ​Arsenal. Few knew a lot about Branislav Ivanović when he arrived in 2008, but many at Stamford Bridge now remember him fondly - especially his knack for scoring crucial goals.

It took him some time to establish himself in Chelsea's first team, but once that happened, Ivanović became a colossal figure in the Blues' defence. The Serb was superb in the air and could be counted on to nab a late goal for his team.

Ivanović won ten trophies during his time at the club and made himself a ​Chelsea legend before departing in 2017.

Most Clutch Moment: Scoring a header in stoppage time to win the 2013 Europa League for Chelsea in their 2-1 final win over Benfica. 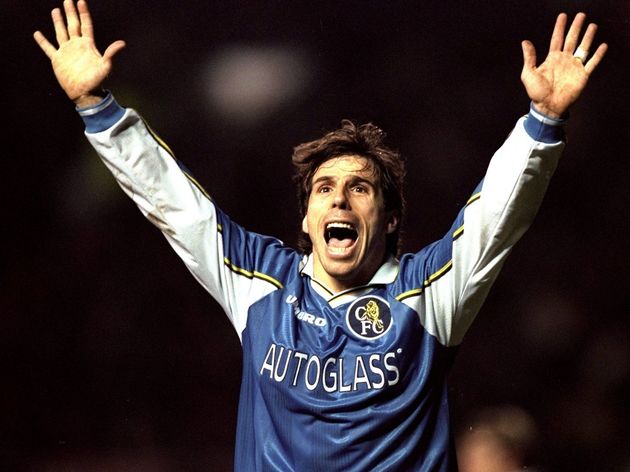 Gianfranco Zola is largely viewed as one of the best foreign players to ever play in the Premier League.

The former Parma star arrived in November 1996 and had an immediate impact, helping the club win the 1997 FA Cup. That same year, he won the Football Writers' Association Player of the Year award, despite having not played a full season at Stamford Bridge.

He helped the Blues win four more trophies and delighted the Chelsea faithful with an array of stunning goals and wonderful skill throughout, leaving in 2003 with a total of 80 goals in 312 games. Zola recently returned and was a coach under former manager Maurizio Sarri.

Most Clutch Moment: Coming on as a substitute and scoring the winning goal after 30 seconds in the 1998 Cup Winners' Cup final against Stuttgart.

It's hard to argue with Roberto Di Matteo when he called the old Wembley Stadium "a very lucky ground for me."

Following his arrival in 1996, the Italian instantly made a name for himself at Stamford Bridge. It would take him just 42 seconds to score from 30 yards to help Chelsea win the 1997 FA Cup - a record for the fastest goal in a FA Cup final until 2009.

He later scored in another cup final - this time in the 2-0 1998 League Cup final win against ​Middlesbrough. Di Matteo would help the club win three more trophies before retiring and later managed the Blues to Champions League glory in 2012.

Most Clutch Moment: Scoring the winning goal in the 2000 FA Cup final victory over Aston Villa. It's hard not to bring up Frank Lampard's contributions when discussing the success Chelsea have experienced in this millennium.

Joining from ​West Ham in 2001, he became one of the great English centre midfielders with a knack for scoring and creating for others when his team needed him to. It was his brace against Bolton that secured the 2004/05 Premier League title for the Blues and he won the Premier League Player of the Season award for his efforts.

Lampard went on to win the ​Premier League twice more, as well as four FA Cups and a Champions League title among many other honours. Now back at Stamford Bridge as manager, he will be hoping to lift more silverware in the years to come.

Most Clutch Moment: Scoring the winner in the 2009 FA Cup final against ​Everton. 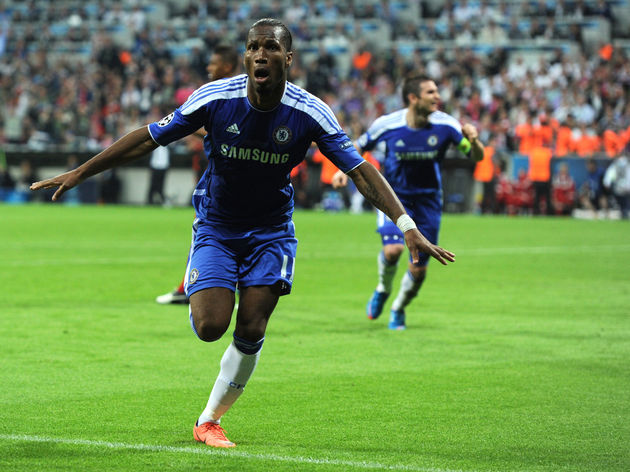 Joining Chelsea in 2004, Didier Drogba would go on to become a club legend.

In his first season, he scored in the Blues' 3-2 extra-time win over ​Liverpool in the 2005 League Cup final. It would be the first of many trophies for the Ivorian, who contributed hugely with his goalscoring, with two Premier League Golden Boot accolades to his name.

With numerous cup-final winning goals, Drogba was one of the best world strikers in football, and they have struggled to replace him since his departure in 2012.

Most Clutch Moment: Scoring the equaliser and then the winning penalty in the 2012 Champions League final victory over ​Bayern Munich. Arguably the finest goalkeeper to have played for Chelsea, Petr Čech established himself as an icon at Stamford Bridge by saving his team regularly.

He arrived in 2004 and quickly became the first-choice goalkeeper, keeping a clean sheet on debut against ​Manchester United. The Czech continued to set the goalkeeping standard and was voted UEFA's Goalkeeper of the Year three times during his time at the Blues.

Čech was in goal during Chelsea's successful league-winning campaigns, as well as their cup final successes, leaving with 15 medals in 2015. Together with Lampard, he will strive to bring more success to Stamford Bridge in his current role as an adviser to the Blues.

Most Clutch Moment: Saving a penalty in extra time and then two more in the subsequent penalty shootout as Chelsea beat Bayern Munich to win the 2011/12 ​Champions League.